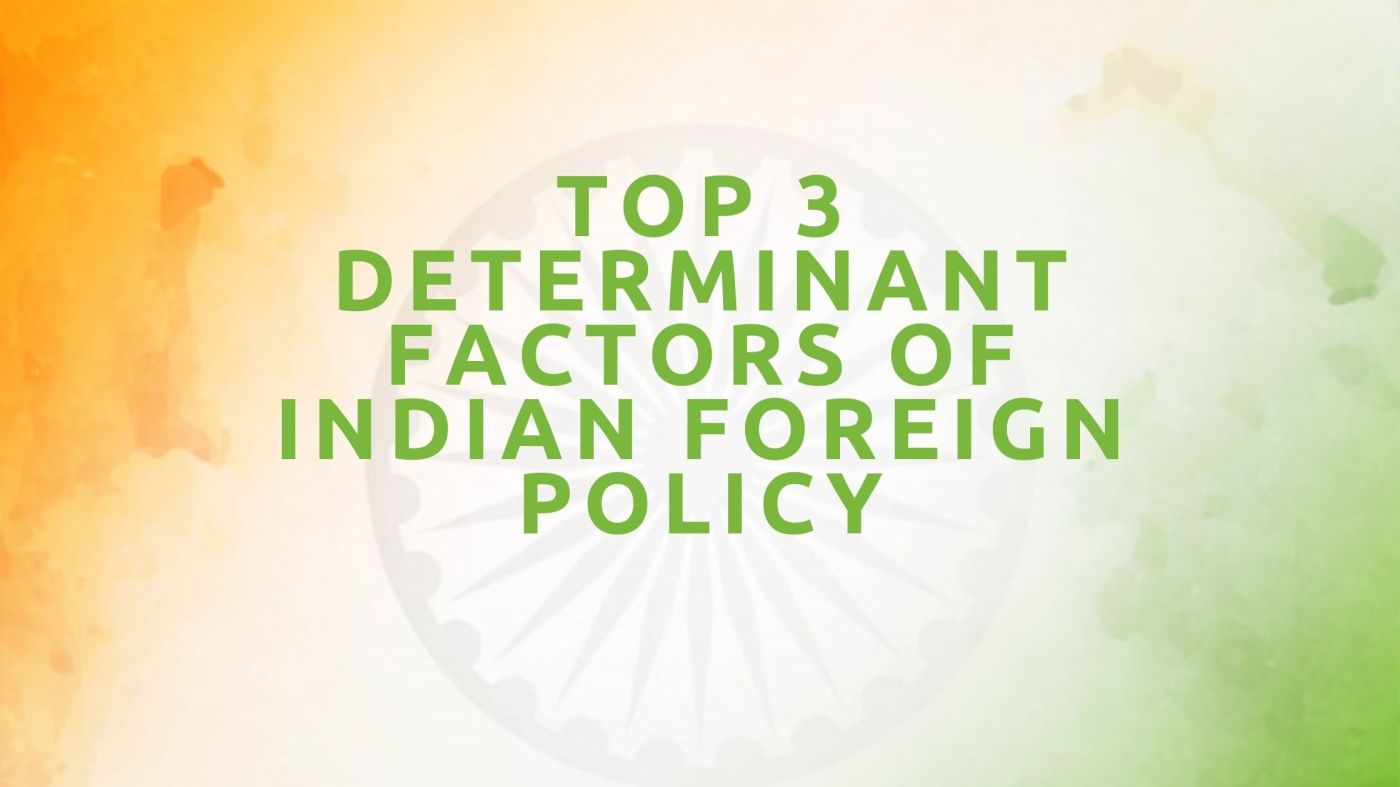 As the regional power in the South Asian region, India follows a powerful foreign policy to deal with the rest of the world.

In this post I’ll discuss the 3 most important determinant factors that India follows when formulating its foreign policy.

Foreign policy objectives are set up by the state domestically. It depends on the leadership of the country.

India can be identified as an emerging major power. One of the reasons are the geographical factors and the population. The geography of India is very diverse with mountains, Plains, hills, plateaus which are very hard to occupy by a foreign power.

Also, India is in the South Asian region bounded by the Arabian Sea in the Southwest and Bay of Bengal in the south east. India is bordered by Pakistan, China, Myanmar, Bangladesh, Nepal, Bhutan, Afghanistan, Sri Lanka and Maldives.

India is very powerful in land and population because India is the second most populous country and the seventh largest country by land.

If a country is rich in population and land it reflects the power of that country to achieve their National interest. India can be identified as the regional power in the South Asian region and as an emerging power in the world because of their size and population. As a result of that India can be influential for the rest of the region.

India is very important because of its strategic location. It is situated in the South Asian region and bounded with the Himalayas and Indian Ocean. The Himalayas protected India from the other neighbors militarily, commercially and politically.

On the other hand India is situated in the center of the Asian region which is very important because it is centered for the main trade route between Europe and East via Mediterranean Sea, Red Sea, and Straits of Malacca. This position is very crucial for commercial advantages.

India’s primary task is to ensure the country’s security and territorial integrity and to make a peaceful external environment for India. India always considers the security perspective when formulating its foreign policy.

After Independence, India focused more on China and Pakistan when formulating its security framework. With the Sino Indian war in 1962, India strengthened its military power to face any future challenge from external threat.

On the other hand, insurgency and separatist movements in India are also a huge challenge to maintain a peaceful environment.

With Sri Lanka’s strategic location and the natural harbors like Trincomalee and newly built Hambantota port is another challenge for India regarding the influence of China.

Economic reasons can be also considered as a major determinant factor of Indian foreign policy. India’s economy can be recognized as a developing market economy but currently suffering with unemployment and poverty.

According to 2017 statistics 84 million Indians are poor. On the other hand unemployment rate in India went up due to the covid-19.

Since after the independence, India considered their economic development as a major objective when they formulated their foreign policy.

At the beginning of the post independence era, India had no technological knowledge even though they had human resources. As a result of that India needed the foreign support to boost economic development and to increase foreign trade.

India tried to solve the economic problems using its foreign policy. India’s export and import policies, cooperation with the International Trade Organization, participation in the general agreement on tariffs and trade, free trade agreements can be identified as a result of using an effective foreign policy to solve their economic issues.

There are many determinant factors followed by India when formulating its foreign policy. Among them, these 3 major factors are very important. These 3 factors never change even after a regime change.

You can check my previous articles about  Indian Election 2019 and the key issues and challenges faced by Asian countries in the upcoming Asian Century if you are interested in the South Asian region.